of Healing  by Jack Cross

THIS etymology of healing revolves around the Greek name ‘Jason’, and an enTheogenic and esoteric explanation of why ‘Jason’ means ‘Healer.’

‘EnTheogenic,’ meaning, ‘generating-the-Divine-within,’ ‘esoteric,’ meaning, ‘secret.’ And yet, you read on. There’s a ‘cure’ in ‘curious,’ and in ‘obscure.’

The English/Latin Alphabet is descended from the Semitic Language Group. ‘Semitic,’ descending from one of Noah’s sons, whose name was Shem. ‘Shem’ means ‘NAME’ in Hebrew, and a ‘son’ is a man.

In English, meaning is held by ‘morphemes’, defined as “the smallest unit of letters that have intrinsic meaning.” ‘Intrinsic’ means ‘INWARDS’ and ‘TRI’ means ‘THREE.’

‘MEAN,’ the base of ‘mean-ing’ means ‘MIDDLE’ in Mathematics, and ‘middle,’ spatially, has no meaning without a set of coordinates. The word ‘ordinate’ means ‘to put in order’. ‘CO-‘ is a morpheme for ‘TWO,’ and THREE ORDINATES are required to locate ONES position in space. There’s an ‘-ORD’ in Word and Lord. Try angulation.

The ‘MORPH’ of ‘morpheme’ is ‘FORM’ written backwards, where the ‘P’ and ‘F’ transliterate, the ‘H’ is an aspirate, a breath, and ‘PHEME’ means ‘TO SPEAK.’ A morpheme is FORM-SPEAKING. ‘Metamorphosis’ is to ‘trans-FORM’. ‘In-FORM-ation’ is the ‘FORM-ation of the mind.’

WAAAy down the Rabbi-T Hole, a ‘T’ is an in-T-ersection of vertical and horizontal coordinates, a cross, and ‘Rabbi’ means ‘my master.’

The Universal Symbol of Emerge-ncy Services, the Star of Life, is the image of a Serpent climbing a Pole, superimposed upon THREE ORDINATES. A ‘charm’ is a ‘magic spell.’

Etymologist named the First Letter of the English/Latin ‘A’-lphabet, the adjacent ‘A’ of J-A-son, an “OX Head,” because it first appeared upside down and tilted to the right and they thought the legs looked like horns. There’s one in re-A-son and L-A-ughter.

The ‘A,’ of Archetype, the First-Type, a First Principle, is a pictogram of the human Pine-A-L Gland, the Cone of Consciousness, a corpuscular r-A-y. ‘CON-‘ means ‘WITH’ and ‘SCI’ means ‘TO KNOW.’

The ‘J’ of Jason is a Geometric representation of the Observer, the Participant, the Partaker, expressed Geometrically, as a Third Ordinate, a man, a Serpent, a pole, extra-pole-ated to exist and pro-J-ec-T-ed into TIME. The French added the minuscule to the bottom in the Middle Ages, a Symbol of Return.

The Tenth Letter ‘J’ is the Fisherman’s Hook and the Shepherd’s Crook, and the Pharaoh’s too. In ancient Egypt, the Crook was revered as the Supreme Symbol of Religious Authority. Still is.

We smoke a ‘J’-ay. J-oin-T begins with a ‘J’ and ends with a ‘T’ an intersection of vertical and horizontal coordinates. The Zig-Zag Man zigs and zags in relationship to what? We are J-aded. We ‘J-aywalk, we cross. We are in-J-ured, we seek J-ustice, from a J-udge and J-ury who have J-uristiction to ad-J-udicate in a Cour-T, a quadration. The Per-Son-ification of Word is crucified in “the place of the skull.” We NEED a ‘fix.’ The cruci-fixes. Three eyes. Three crosses. The ‘T’ of ‘T-emple’ and ‘T-unnel.’

When we squin-T at ligh-T, light appears to conver-T into the configuration of a cross. This is the Origin of Ordinates. We see this, out here, in the so-called “real world,” and think nothing of it because we know it’s an op-T-ical illusion.

The ‘LU’ morpheme of ‘illusion’ and ‘hallucination’ means ‘LIGHT.’ The ‘H’ of ‘h-allucination’ and ‘h-AL-le-LU-JA-h’ is a breath followed by an ‘AL’ morpheme, the first two letters of AL-phabet, LA-nguage and LA-w. There’s one in he-AL-i-NG and re-LA-T-ionship.

The ‘A’ is the Pine-A-L, the Cosmic Compass of Compassion, and the ‘L’ is the upper-right quadran-T of vertical and horizontal coordinates, created by squinting at light and used to organize spa-T-i-AL re-LA-T-ionships inside the Promised Gland of the human Pine-AL. The L-etter ‘L’ is a Square. The Compass and Square are “instruments of measurement, belonging to a carpenter.” Got wood? Three nails?

A ‘squint’ is ‘an oblique opening through a wall in a church permitting a view of the AL-T-ar.’ ‘Oblique’ means ‘indirect,’ ‘at an angle.’

The ‘ETYMON’ of Etymology means ‘TRUE’ and the ‘PHILO’ of Philology, ‘the study of the origins of words and their structure,’ means ‘LOVE.’ ‘-ology’ is ‘LOGIC’ and ‘the study of.’

English is Anglish, made of Angles, Angels, Messengers, A-scending and descending upon the ‘JA’ and ‘LA’ morphemes of JA-cob’s LA-dder, a ladder MADE OF LETTERS, connecting earth to Heaven and man to God. We Commune. We communicate. Their shapes, their forms, are not arbitrary. ‘A-rbiter’ means ‘J-udge,’ ‘Supreme Being’. Hologram. Holy Grammar.

An Alternate Etymology of Marijuana

Everyone has seen a statue or painting of the Mother Mary holding the Baby Jesus in Her arms. The ‘-JUANA’ of marijuana is the Latin/Spanish feminine aspect of the masculine ‘JUAN,’ in English, ‘JOHN,’ etymologically related to ‘JESUS,’ ‘JASON,’ ‘JACK,’ ‘JAKE,’ ‘JAMES,’ etc. etc., all, related, J-oined together, by the TEN-th Letter ‘J’ of the English/Latin Alphabet. Set, setting and in-TEN-tion. BEHOLD the ‘J’ of Journey!

Marijuana is Mary and Her daughter Juana because it’s the female plant that produces the mind-AL-T-er-ing effects of THC, the principal psychoactive constituent of cannabis. Marijuana, in English, ‘Mary Jane,’ is the name of a sacrament, where ‘sacra-‘ means ‘HOLY’ and ‘ment’ means ‘MIND.’ 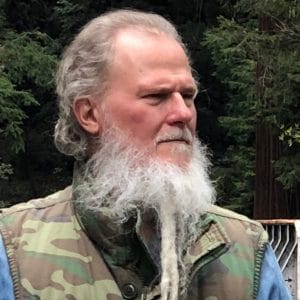 Jack Cross is an ecstatic poet and psychonaut who writes about a “Christ Complexicon,” of Word, Logos, Logic, and the Geometric structure of the English/Latin Alphabet, of Archetype and Myth, the language of time, of polarity and the reconciliation of opposites.

"For me, the psychedelic experience, the enTheogenic experience, the Sacramental experience, have always been one and the same. There is only a slight difference of inflection and reflection between recreation and re-Creation, part-y and Holy. And WHO is to say? Certainly not a secular fiction."

“The Mind/Soul-Manifesting effects of psychedelics are prohibited by nearly every civilization on earth for this very reason. Psyche-delic is no misnomer. One could even say that civilization itself rests upon the existence and prohibition of mind-altering substances. Secular fictions, and Theocratic fictions, perpetuate themselves with Law and violence, and Law, perpetuates itself with the Principle of Precedence, of that which came before, and what came before all laws, in Judaic and Christian tradition, was the First Law, “Do not eat of the fruit of this Tree.”  This is the world we wake up in, as spiritual criminals. Psychedelics are not for the faint of heart, nor the faint of mind, they are for pilgrims journeying home."