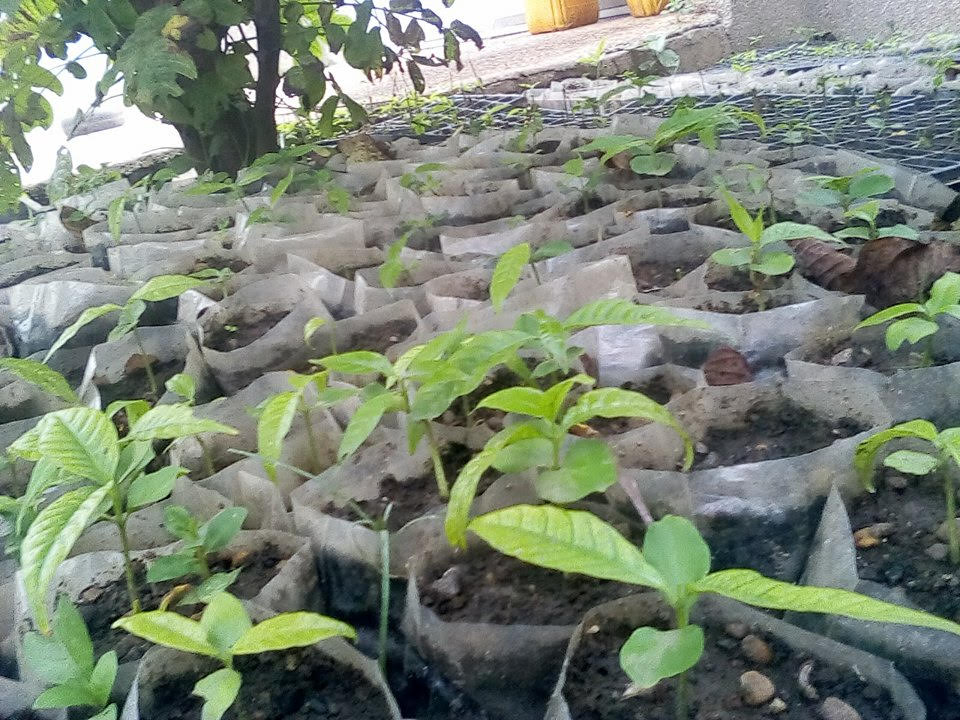 Iboga is one of the most effective addiction interrupters on earth. As the need for iboga increases, we face the predictable problem of developing a sustainable supply fast enough to meet global demand. We must also make sure that native African communities, who have developed timeless indigenous knowledge of this rare plant, aren’t depleted and exploited, but instead are supported and respected.

Increasingly in demand by addicts and providers, iboga and its primary alkaloid, ibogaine, have become particularly important during the current opioid crisis. Iboga works well in cases involving opiates, alcohol, cocaine, methamphetamine, and other addictions, and may have additional therapeutic uses, including micro-dosing, that merit scientific research. For addiction recovery, many patients benefit from integration counseling before and after their journey, and major life changes are often required for long-term healing.

Iboga and ibogaine are currently illegal in the United States, and people struggling with addiction do not know about iboga and cannot easily get the help they need. Increasing access to and knowledge about iboga is the subject of our film and media campaign called Iboga Saves. Clinics and ceremonies have sprung up elsewhere around the world, however, and the increasing use of iboga and ibogaine is putting pressure on existing plant stock growing in the jungles of western Central Africa.

I spoke with several growers and providers of iboga/ibogaine to ascertain the gravity of the situation today. Should we be concerned? The group consensus is an emphatic YES, particularly because of poaching and careless harvesting. As one African man said during an ibogaine conference, the western world should not steal once again from the African continent, this time plundering botanical and cultural treasures. Most African Bwiti practitioners now have to pay for iboga root bark, which used to be easily foraged in the wild. Their traditional sacrament is expensive, sometimes adulterated, and causing hardship for those who are in poverty. Additional problems of environmental degradation, corruption, and climate change continue to affect the availability of iboga. Learn more about iboga sustainability.

Fortunately, new commercial farms are popping up in Cameroon, Ghana, Brazil, Mexico, Thailand, and DR Congo, and are planned in India. According to Yann Guignon, founder of Blessings of the Forest, iboga takes up to ten years to mature, so full production will take time. It needs an equatorial climate and a specific balance of minerals in the soil. Not all iboga plants have ibogaine in them, and often this is only discovered after maturation and harvest.

There are many factors that may affect ibogaine concentrations in the plant, such as minerals, pollination, and animals that eat the plant. The symbiotic relationships that occur in natural habitats may be vital to the efficacy of iboga as a medicine, and we may need to simulate these growing conditions in order for the plant to have medicinal value. Blessings of the Forest is working to scientifically verify this theory with botanical research.

Ibogaine can also be synthesized from the Voacanga africana plant, which is widely used for healing by indigenous people throughout mainland tropical Africa. Use of Voacanga takes stress off of iboga, but large-scale use of Voacanga by pharmaceutical companies makes this plant vulnerable to the same burdens that impact the sustainability of iboga. Another potential  option for the use of ibogaine as an addiction interrupter is the formulation of a synthetic version such as MC-18, which awaits major funding in clinical research to move forward. Research into faster ways of growing iboga, such as experimenting with “hairy root culture” in a laboratory setting, is also underway, although stymied by legal issues and lack of funds.

According to Adrian Macon, an iboga farmer in Ghana, “If iboga were to be commercialized industrially, the first step would be to identify the subspecies, their differences in alkaloids and growth cycles, as well as the best locations to cultivate. Then you could better design genetics to farm the highest output. For this first step to take hold, seed banks need to be established. This is more or less where we’re at now in cultivation. We are still expanding farms and intending to provide everyone with sustainably grown iboga in the future. ”

Legions of former addicts and spiritual seekers swear their loyalty to this masterful plant teacher, which is sacred to many around the globe. Let’s make sure we treat it well. 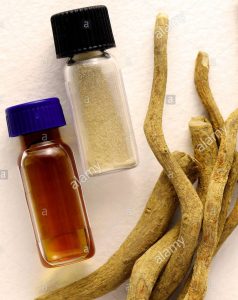 Iboga Tabernathe is a woody shrub native to West Africa that matures in seven or eight years. Legend has it that its properties were discovered by a Pygmy couple who killed and then cooked a porcupine that had just eaten iboga and subsequently got very high from its flesh, and that was how its shamanic properties were discovered. The Pygmies passed it on to the Bwiti tribe in Gabon who have been using the root bark as a part of their rite of passage into adulthood for centuries. Its action on addiction was discovered in 1962 by Howard Lotsoff, a 19-year-old drug addict in New York City with the reputation of being someone who would “try anything.” A couple days after he took ibogaine, he noticed that his craving for heroin was gone. After this turning point, Lotsoff tried for decades to make iboga and ibogaine a legitimate medicine for addiction and helped to spread the word about it to the mainstream, but it remains a Schedule 1 substance in the US and not legally available to the public.

Protection of Iboga and Indigenous Culture in Gabon

On February 4 2019, the export of Iboga was suspended by the Gabonese Republic in order to ensure the sustainable management of this highly valued plant. The suspension is the result of years of work and activism led by Yann Guignon, associate director of the environmental NGO Blessings of the Forest. Excerpted from the Gabon Review. 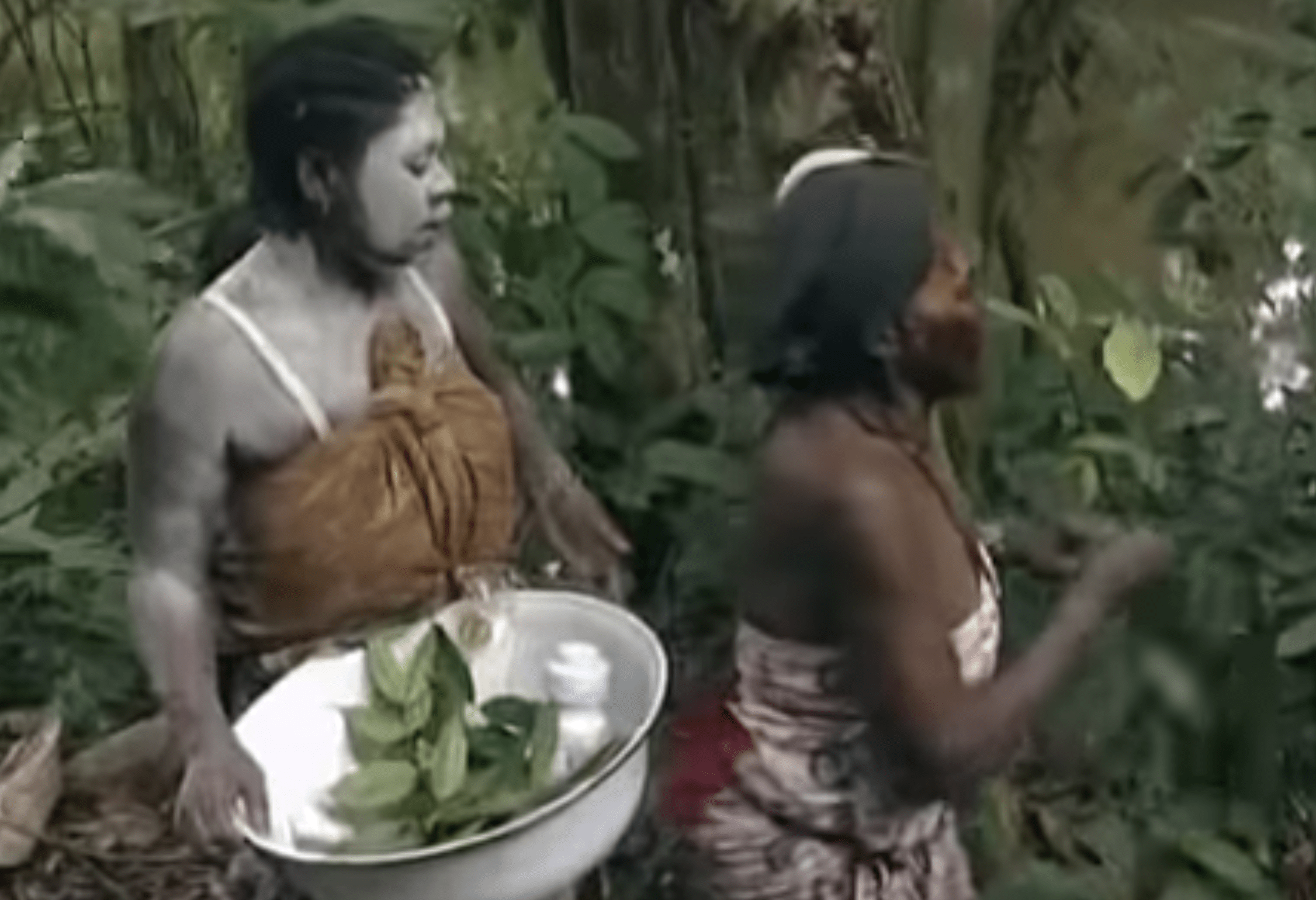 Photo courtesy of Blessings of the Forest

Blessings of the Forest (BOTF) is working to integrate the Nagoya Protocol in Gabon. Its goal is to protect all natural resources related to traditional culture including iboga, which has been used traditionally and spiritually in Gabon since antiquity, first by the Pygmies and then by the Bantu people. They have established two seed banks and have created three plantations on public land and are connected to dozens of indigenous healers in villages throughout Gabon.

Guignon was initiated into the Bwiti tradition in 2006,  after first trying iboga with a Gabonese practitioner in 2004. He has spent over a decade studying with Bwiti masters, investigating wild plant resources on public lands and doing educational outreach in Gabon. He has learned many of the dances, music, rhythms, rituals, the elemental place of fire and nature, and other deep teachings that are social expressions of the iboga medicine. He has personally facilitated hundreds of people through initiation using the “sacred wood” in Gabon.

“Iboga in Africa has a social system around it,” says Guignon. “In Gabon, iboga is used to find one’s place in the community. Knowledge of its ceremonial use and the significance of the rituals are part of an oral tradition. We should not dissociate iboga from the culture from which it originates.”

Many people from all around the world have visited Gabon to participate in the traditional Bwiti ceremonies, and have subsequently adapted the shamanic practices to create a subculture of neo-shamanism and a hybrid form of ceremony.

Guignon counsels us to use the medicinal entheogenic plants which grow locally around our homes. “Every culture in the world has psychoactive plants. We need to use what is being offered by the earth in each area. In Gabon, iboga is not used for detox or depression. It is never taken alone, but always to link with the community. In Gabon,” Guignon tells us, “Bwiti is not a business or a cult. It is a philosophy of life and an expression of reciprocity.”

Part of the mission statement from Blessings of the Forest states: Our organization has been set up to preserve, research and share the natural and cultural heritage of the people of Gabon, for the benefit of all humanity. We are dedicated to ensuring that that this is done fairly and sustainably, thereby protecting the rich resources of the Gabonese forest as well as promoting the traditional way of life of the Gabonese forest people.

Guignon invites everyone who has had or will have an iboga/ibogaine medicine journey to give back to the land and people who made this possible. He suggests a donation to plant three trees for every ceremony you have experienced. To plant an iboga tree through Blessings of the Forest, go to this link. 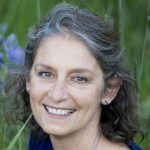 Ana Holub, MA, teaches forgiveness and recovery from addiction as a counselor, author, poet, and educator. She holds a BA in Peace Studies and an MA in Dispute Resolution from Pepperdine University School of Law. As an expert in the field of forgiveness and reconciliation, Ana was honored as a Champion of Forgiveness by the Worldwide Forgiveness Alliance (2018). She is a frequent speaker on the essential role of forgiveness in various settings, including during the use of entheogens for inner healing and deep spiritual liberation. Her books include Forgive and Be Free and The Edges Are Friendly. She has also created four online courses, including Forgive and Be Free of Your Addictions. WEBSITE 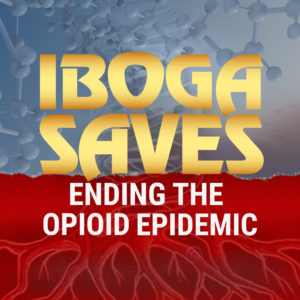 With America in the grip of an opioid epidemic, we need Ibogaine treatments to be made available in the United States.

The truth about Iboga/Ibogaine's effectiveness with hard addiction needs to reach millions — users, their families, friends, the medical community, and last but not least, lawmakers. Your tax-deductible donation will help us create a movement to RESCHEDULE IBOGAINE.